I was visiting Ecuador on a training assignment.

Suddenly, my Geography lessons came alive and I was excited to be standing on the equatorial line that divides the earth into northern and southern hemispheres.

Experiments like placing an egg on the line to watch it stand still were on when I was there but couldn’t wait to see it happen as I had to hurry to catch my flight back home.

But yes, the thrill of being a ‘ middleman’ lingers forever ! 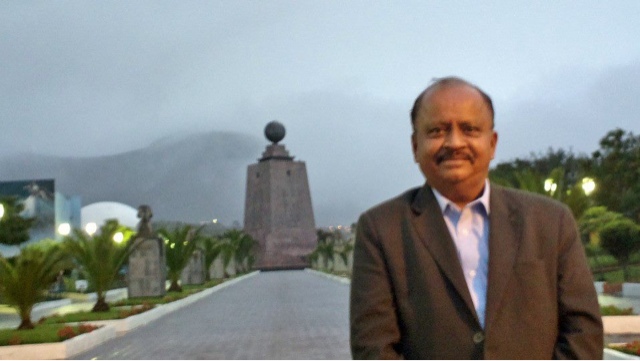 Now, this photo is the official monument erected with help of French scientists. Later they came to know they had miscalculated the position of equatorial line which is located around 500 mtrs away.

The two pics below were at the original site ! All pics with Nokia 808 Pureview. 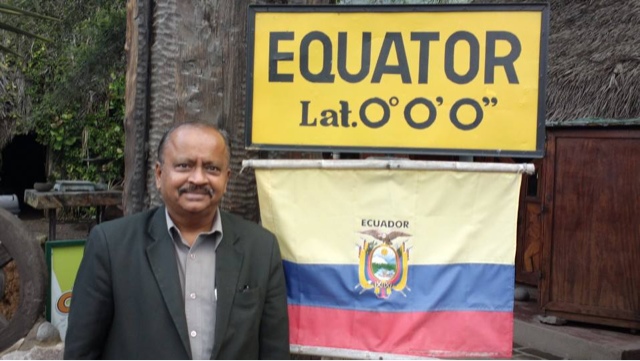 Straddling two hemispheres ! My left foot on the north and right on the aouth !