Belur-Halebidu temples in Hassan district of Karnataka are an eloquent testimony to Hoysala architecture famed for its intricacy and attention to details.

You must get an authorised guide to show you around as they are trained to unravel the marvels through several anecdotes. In my enthusiasm I managed to note only a few of the descriptions as I was too stunned and enthralled to listen to anyone.

What you see here is a photo tour with a brief note wherever possible. 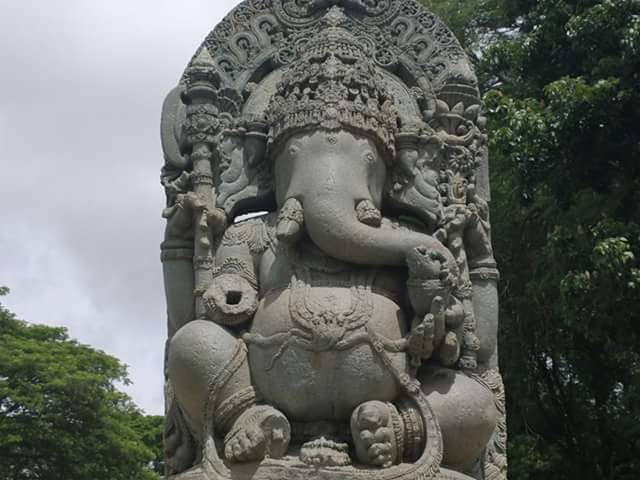 A huge Ganesha monolith welcomes you at the entrance. 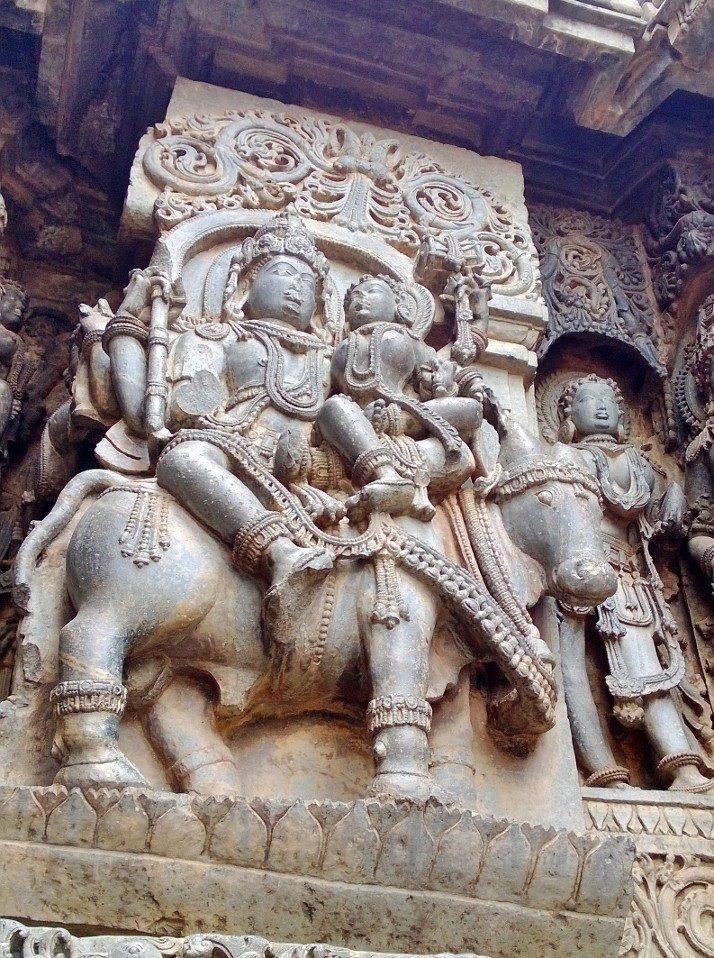 Shiva Parvathi on the Nandi. Here, the guide asked me to note a mild frown on theNandi’s face.
It seems he’s a bit peeved that he has to carry someone in addition to his master, Lord Shiva,even though she may be his consort!. Fertile imagination,I guess ! 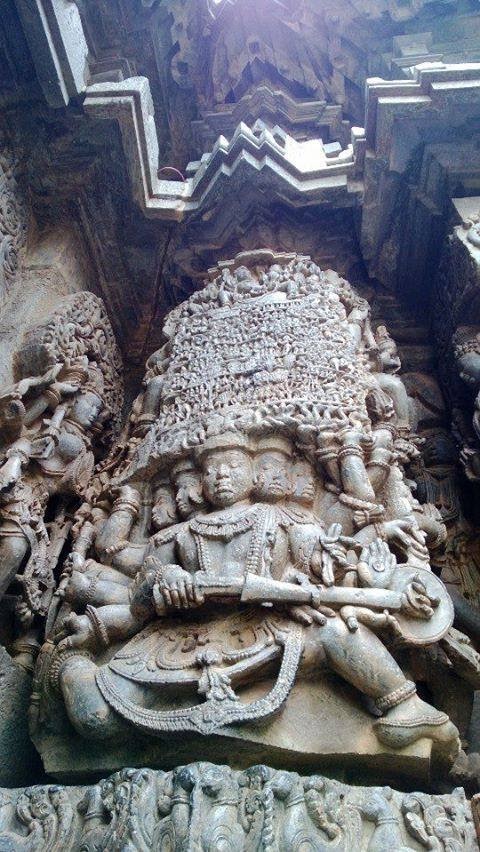 Ravana’s penance for a thousand years for Lord Shiva to appear is in vain. In frustration,he lifts the mighty Mount Kailash. 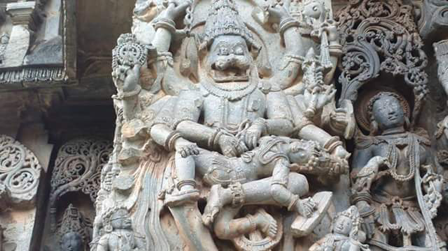 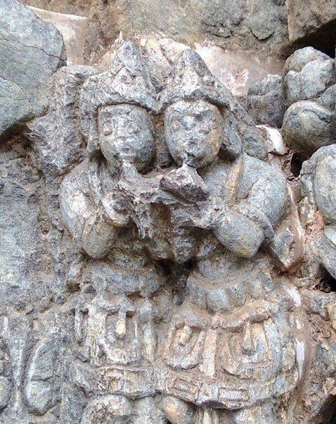 Drinking from a straw! Thousand years ago! 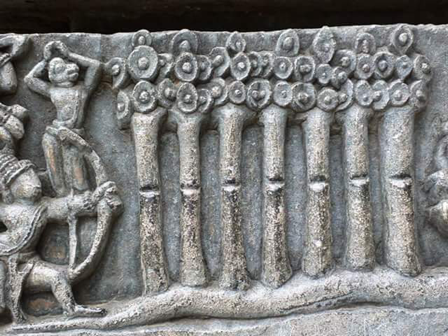 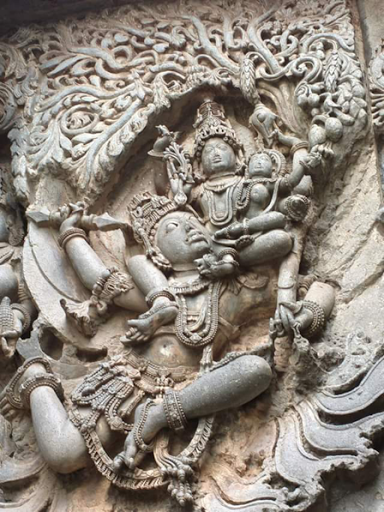 Lord Vishnu with his consort Mahalakshmi being carried by Garuda 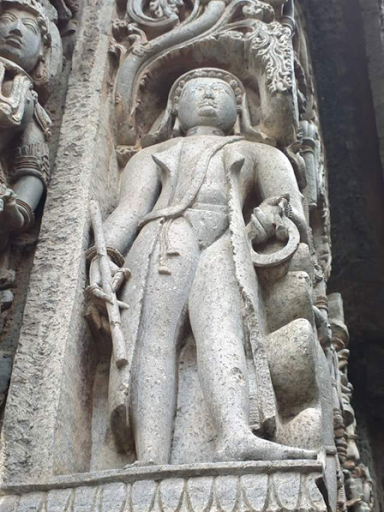 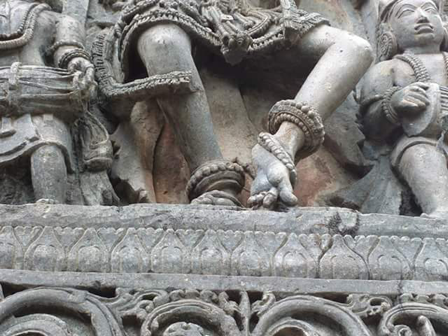 A dancer resting on her toes ! 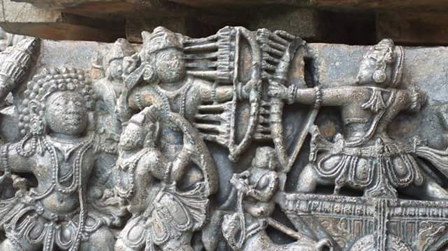 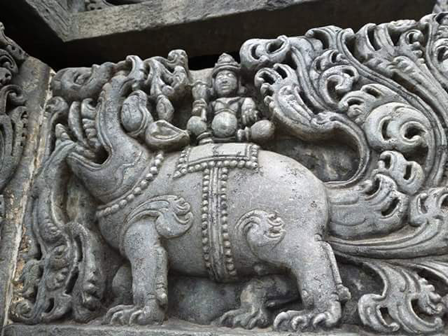 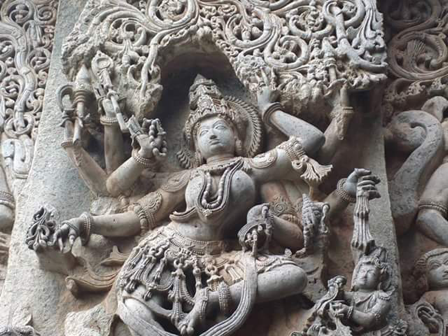 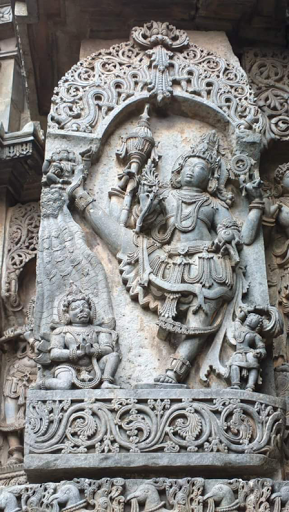 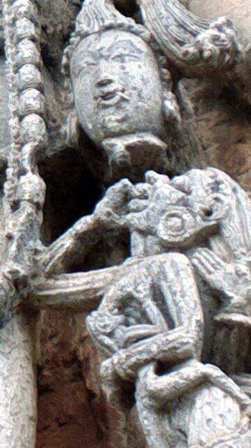 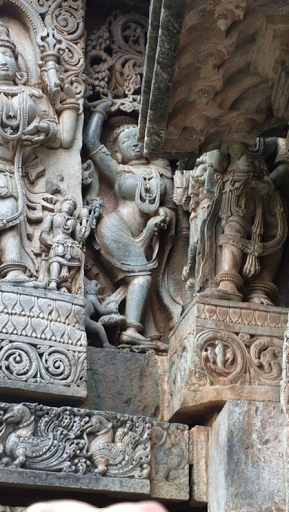 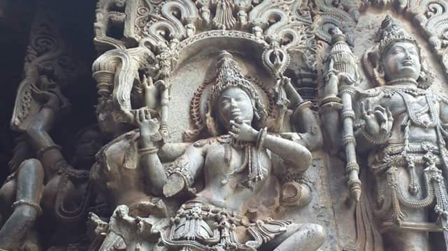 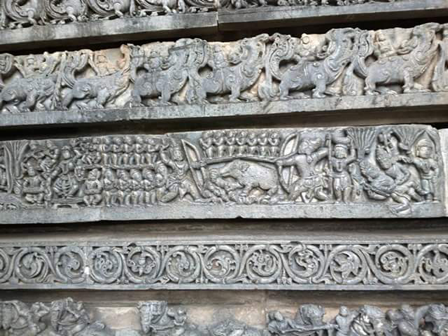 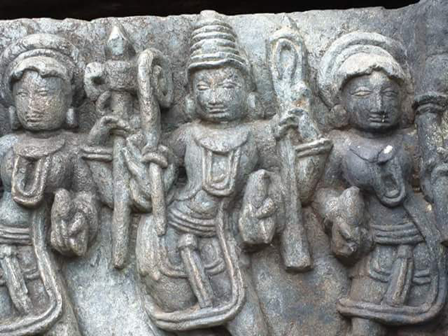 Sri Rama with Sita and Lakshmana